A conveyor belt is a long, horizontal moving belt that conveys materials to and from various locations. It is widely used in manufacturing industries, where it is used to move raw materials, semi-finished goods, or finished goods.

The conveyor belt was invented in the early 1800s and has since been a vital part of the Industrial Revolution. The invention has had a significant impact on how factories work today as well as on how production is managed.

The use of conveyor belts in modern-day factories is largely due to their efficiency and ease of use. They are often automated so that they can operate without human intervention, which allows for more time for other tasks such as quality control checks or product inspection.

The conveyor belt was also instrumental in improving the quality of goods. It reduced the amount of effort needed for inspection and made it easier for inspectors to quickly identify poor-quality goods as they were transported on the conveyor belt. 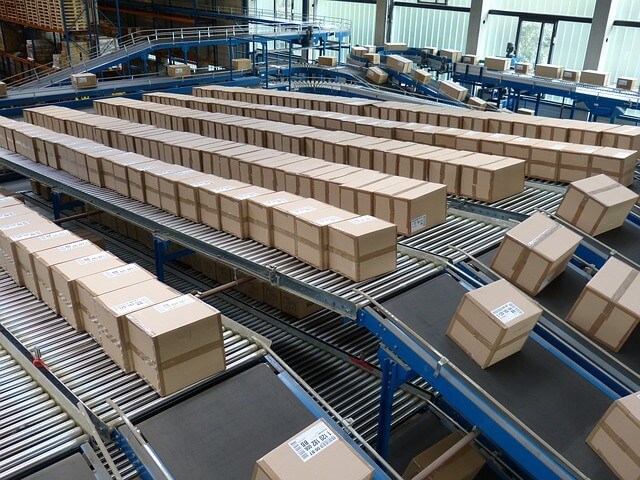 Automation of the conveyor belt has allowed the automatic sorting of products. This has massively reduced the level of human input required. Conveyor belts also increase the usable space a factory can utilize. Before their invention, there was time wasted in transporting goods around a factory for quality checks and inspection. Humans also had to walk up and down the aisles of the factory during these inspections, which required a lot of energy.

The conveyor belt is also responsible for improved safety standards in factories. It has reduced the chances of workers accidentally being injured by moving machines or falling from unsafe heights. This is because conveyor belts have eliminated the need for workers to be in constant movement, which lowers their risk of injury.

Factories have evolved since the Industrial Revolution. The infrastructure of modern factories has changed tremendously since the time when they were built primarily for one purpose – production.

Factories are now designed to be more efficient and less harmful to the environment. They have become a platform for innovation where new technologies are developed and implemented to improve the quality of life of people around the world.

The infrastructure of modern factories is changing rapidly as we speak, with new innovations being introduced every day.

AI technology in factories is becoming a reality. From robots that can make parts to autonomous vehicles, the future of factory technology is changing rapidly.

The use of AI and robotics will help companies be more efficient and increase production rates. However, this leads to the question, what will happen to the workforce?

The use of AI technology in factories is likely to result in a loss of jobs for humans. While it can reduce the workload of factory workers, it could also lead to job losses due to increased automation and fewer human workers being required.

The Future of Factory Technology Is a Bright One

Reducing the need for human labor and increasing production efficiency will have positive effects on individuals and communities. The technology will bring down the overall cost of products while improving their quality.

Top considerations to think about when starting an SEO campaign

Forge a career in business leadership with these easy steps

Technology on a Budget